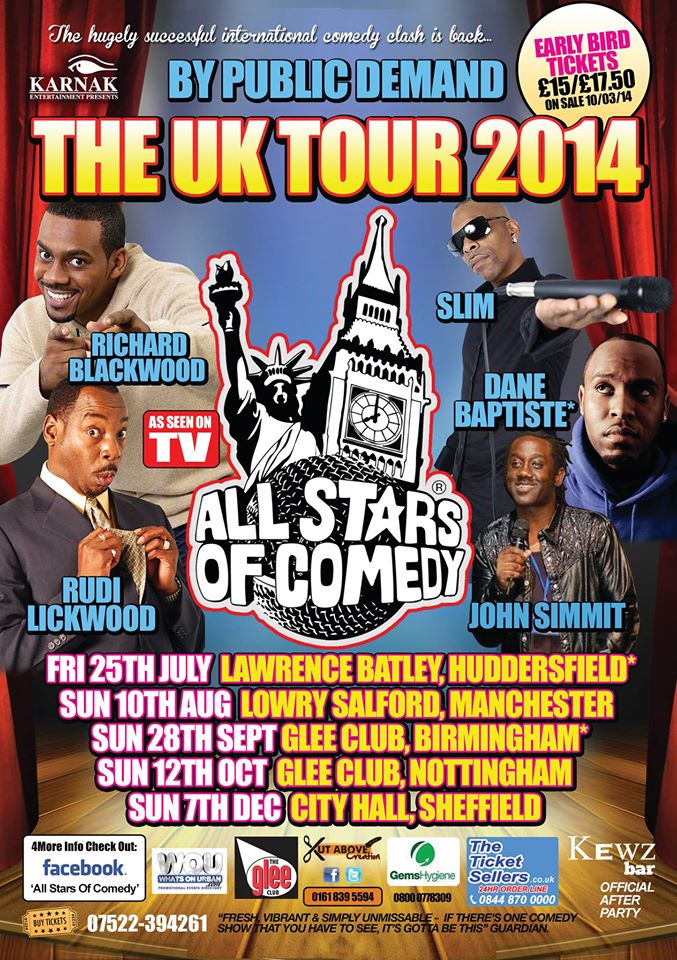 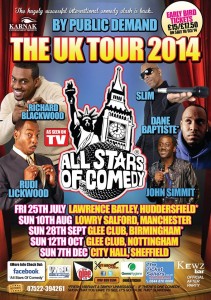 Prepare yourself for an all-star line-up of the original cast of the BBC’s Real McCoy comedy show featuring Mr Frazier, the ladies choice, the dynamic duo Eddie Nestor and Robbie Gee, Leo Muhhamad and the original Don Dada of comedy, Curtis Walker.

No hype necessary – for fans of The Real McCoy this is set to be the most eagerly awaited comedy show of the year. To avoid disappointment buy your tickets now!

‘Fresh, vibrant and simply unmissable – if there’s one comedy show that you have to see, it’s gotta be this!’ – The Guardian

The Real McCoy‘s King of Comedy Mr Frazier needs no introduction. He started his career on Fry and Laurie and Red Dwarf, came to the attention of the BBC and was instrumental in the creation of the iconic hit comedy show The Real McCoy in the 90’s, for which he headlined, performed and wrote material.

The series launched the careers of Richard Blackwood, Felix Dexter, Curtis Walker and the team of Goodness Gracious Me – Meera Syal and Kulvinder Ghir.