Richard Blackwood first set his sights on entertaining at the tender age of eight after watching comic, Richard Pryor live in concert on BBC 2.

At the age of 20, Richard graduated from university with a BA honours in Business Studies, but instead of donning a suit and commencing the 9-5 routine, he decided to pursue his dream in the world of entertainment.

In 1993 Richard performed his first stand up show at The Spot inCovent Garden and for the first time he realised what all his friends had been telling him for years – he was a natural. Richard was an instant hit at the intimate venue, but his popularity took a sudden rise when he began touring across Britain with fellow comedian, Geoff Schumann.

A break in television was inevitable for this rising star, and brief appearances on the 90s hit shows, The Real McCoy and Blouse and Skirt not only added yet another dimension to his growing list of talents, but also cemented his presence on the screen. For it was here that he was spotted on by music channel, MTV.

In 1996 Richard joined forces with presenter, June Sarpong to front MTV’s prime-time music request show, MTV Select. Every Saturday afternoon the duo entertained young London from the Leicester Square studio, but after a four-year run the show reached a natural end. However, Richard’s television career was far from over.

In 1999, Richard secured his own weekly show on Channel 4. The Richard Blackwood Show was a culmination of comedic improvisation, celebrity interviews and music – Richard often showcasing his emerging lyrical talent to close the show.

In 2000, Richard embarked on a musical career and released his debut album, You’ll Love To Hate This. Mama (Who Da Man), a cover of his uncle Junior Giscombe’s 80s hit Mama Used To Say, was the first single to be released from the album and reached an impressive No.3 in the UK charts. His tongue-in-cheek approach to hip-hop exposed him to an array of new fans searching for light relief in a genre usually associated with gang culture and had critics dubbing him, ‘south London’s answer to Will Smith’ In 2004, Richard joined Choice FM (now Capital XTRA) – the UK’s leading urban station – to become one of the Choice’s biggest brand names. Together with fellow broadcaster, Kat B, the duo culminated a huge following resulting in the most-listened to show on the station’s weekend schedule.

In 2007, Richard landed his own show on the station. RB’s Sunday School, which broadcast weekly, was No.1 on Choice’s Sunday schedule. Richard’s no-nonsense approach to community issues proved to be popular amongst his audience and the station soon launched RB Real Talk, a series of monthly seminars to empower, inspire and motivate young people based on this model.

In 2009, Richard joined an all-star cast for the West End production of Cat On A Hot Tin Roof. Tennessee Williams’ Pulitzer Prize-winning classic, which enjoyed a sell-out run on Broadway, also starred Sanaa Lathan (Love & Basketball), Adrian Lester (Hustle), Phylicia Rashad (The Cosby Show) and James Earl Jones (The Lion King) and was
adapted by celebrated choreographer and actress, Debbie Allen (Fame.) The production will run until April 2010 at the Novello Theatre.

Richard has recently completed a successful two-year run as the character of Donkey in the hit musical theatre adaptation of Shrek.

“It was the hardest thing I’ve ever done.Richard says of his time on the West End stage

“This is not the arena I come from, so it was baptism by fire for me because not only was I performing in a musical, I was lead.”

Richard, who starred in Adam Deacon’s 2011 urban comedy Anuvahood, is now exploring opportunities across the board, including more work in TV (BBC 1’s Casualty) and in film. He recently wrapped work on Brit flick Still Waters alongside actor John Hannah (The Mummy) and is looking forward to the release of Meet The Governors, another British film, which will hit cinemas next year. And Richard has also had more time to return to his first love – stand-up comedy, often headlining major events in and around the capital.

“Ultimately, I’m going to mix them all,” Richard says of his expanding repertoire.

“Versatility is key in this industry.”

Away from entertainment, Richard hit the headlines when he appeared on ITV 1’s This Morning to raise awareness about prostate cancer. Richard, whose mum was diagnosed with breast cancer earlier this year, was applauded for his bravery and decision to get examined on live TV. 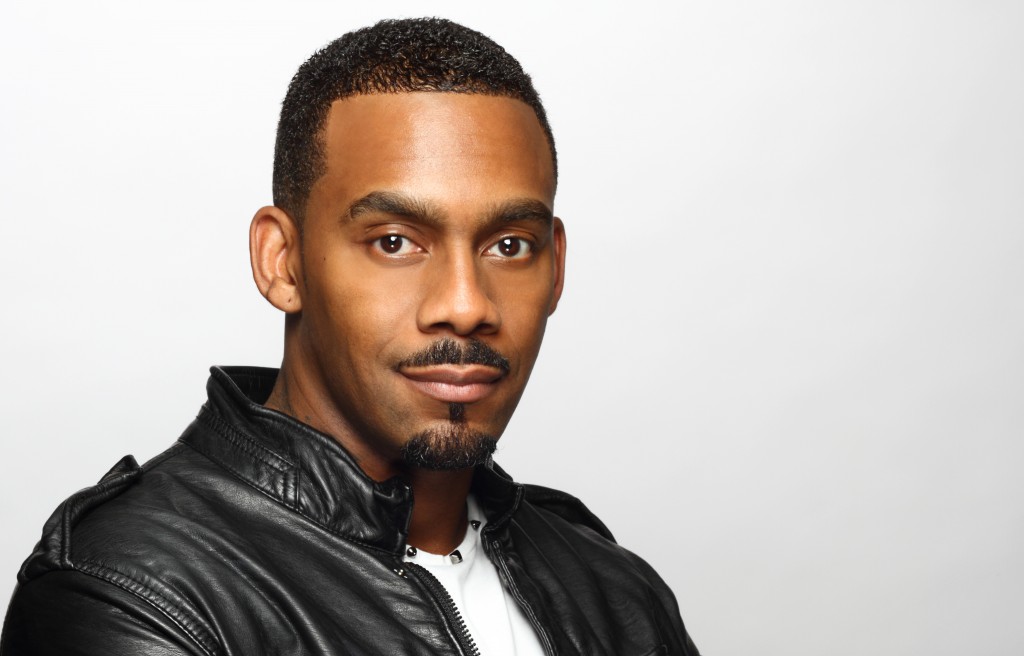